Overheight Loads - No Margin for Error!

Breaking News: Murfreesboro, Tenn., March 2, 2018: "Today on I-840 at mile marker 53, an unknown vehicle/object struck the overpass causing severe damage to the structure. The vehicle left the scene and has not been located," as reported by WKRN News. 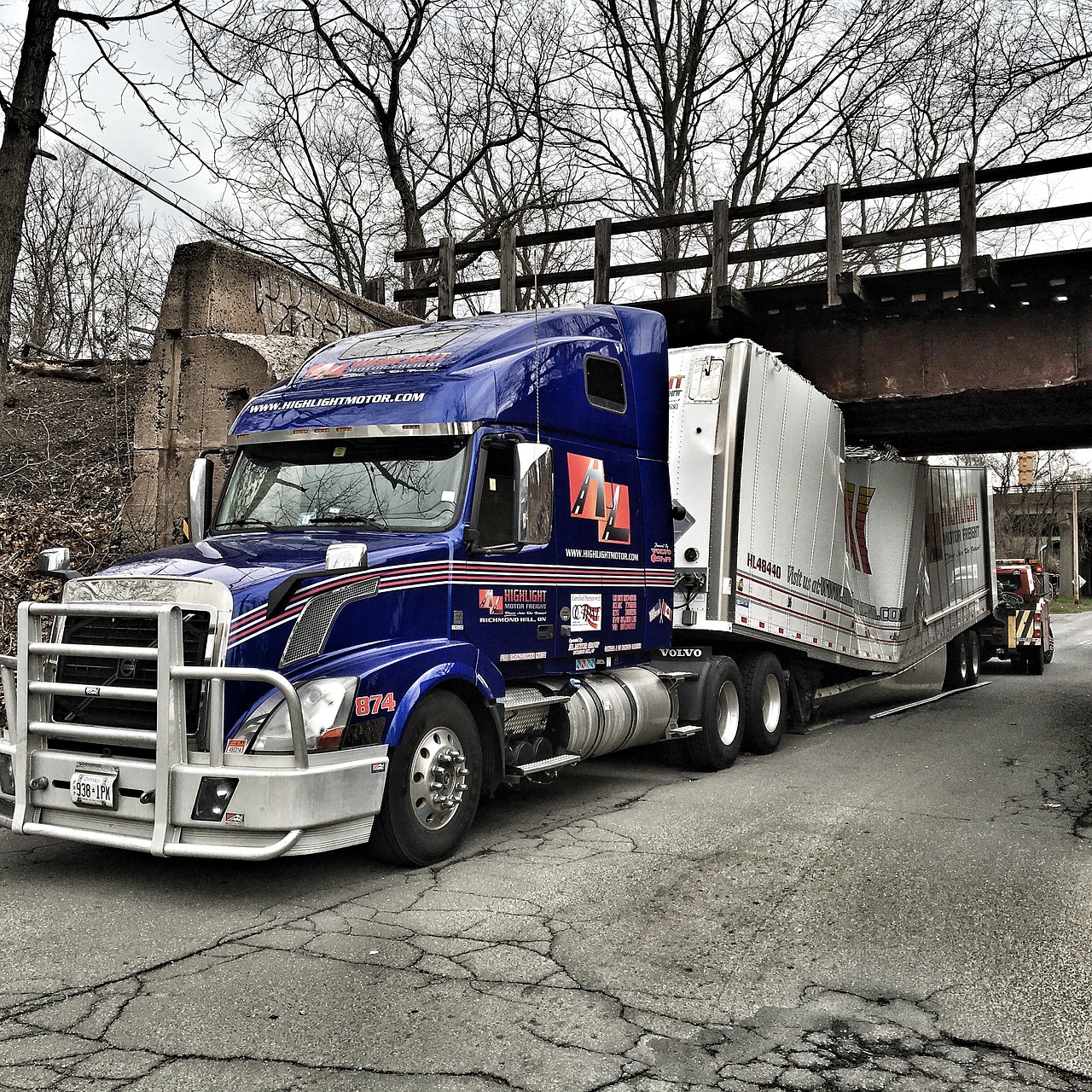 "Concrete fell off the flyover ramp bridge from I-840 onto I-24. Investigators believe a truck carrying heavy equipment with an oversized load may have hit the bridge and never stopped," according to WSMV News.

Apparently, overheight loads are a significant problem on the nations highways. Some drivers carrying tall "overheight" loads are unaware of how tall their loads are.

And this has been happening for years.

In 2013, an over height truck in Washington State slammed into the overhead braces of bridge due to its height in excess of the permitted height. A section of the bridge collapsed sending two vehicles into the river below. The cost was substantial. The State of Washington sued the trucking company $17 million for the cost of repairing the bridge. This does not include the additional settlements to the damages and injuries to other drivers, and the legal penalties for failing to have the necessary permits.

In 2015, a truck carrying a crane struck a highway overpass that was under construction, knocking several concrete beams onto the highway, killing one driver and injuring others. Signs two miles in advance of the overpass warned of a maximum height of 13 feet, six inches, although the actual bridge clearance was 14 feet. The highest point on the crane measured 14 feet five inches. In addition to the damage and delay in bridge construction, the driver and the trucking company were hit with wrongful death suits by the family of the driver that was killed.

In 2017, a railroad bridge on the Atlantic City-Philadelphia line was struck when a garbage truck ignored the height restrictions for the bridge underpass. Train service between the cities was disrupted for two weeks for repairs.

These are just a few of the many instances of high loads impacting bridges and other overhead structures even when there were several sets of "low overhead" warning signs posted with the maximum permissible height for vehicles and loads. And the costs in fines, damages, and injury and wrongful deaths suits can easily run into the tens of millions.

In an attempt to raise awareness and make operators-truck drivers and their employers-more aware, states have enacted laws making carriers responsible for damages when vehicles hit overhead objects.

Overheight loads are probably the most problematic of oversize loads because they take the most planning and preparation. and can be the most expensive in terms of fees and costs to ensure safely transporting the load.

A Look at Costing

Each state requires permits for overdimensional loads. The actual cost of the permit runs from as low as $15 to several hundred dollars, depending on the state and the height of the load. But this is just the beginning. The cost of the actual permit is relatively low compared to the expenses of route surveys and other expenses associated with safely transporting an overheight load.

In addition to the permit fee, additional expenses may include (see Table 1).

The cost of all fees and service charges may warrant reconsidering if the load is not truly nondivisible. The cost of breaking down the piece-if possible-may be less than the overheight permit and expenses. The use of special low-boy trailers may also reduce the height enough to eliminate some or all the cost-adding factors mentioned in Table 1.

Based on the information in Table 1, it is apparent that it is very difficult to provide an upfront estimate of what a problematic over-height haul would cost. The safest approach is to spell out the requirements to the client, and quote the price of the haul plus expenses-expenses being the cost of services provided by utilities, police safety escorts, etc. Still, the total costs are far less than the cost of damages, fines, and lawsuits that automatically follow an overhead strike.

All this added complexity also creates a serious planning challenge. Consider a haul of several hundred miles. After all the hazards have been identified, the operator must contact all the agencies involved-each power and telephone company, each municipality or other agency, each highway department, etc., and coordinate a schedule for the day of the haul. And if the weather should prevent the haul on the scheduled day, all the scheduling must be re-planned!

Clearly, the first thing for any operator transporting a tall load, including heavy equipment with tall arms such excavating equipment, is to accurately determine the height above ground level for the highest point of the load. Failure to do so could result in costly damage to bridges and possible injury to other drivers, damage to the load and possibly the truck, and fines and the cost of damages. There is an old carpenters adage: "Measure twice, cut only once." A truck that hits an overpass will not get a "do over."

The next step, after determining that a load exceeds the legal height limit is to apply for an oversize permit with the states involved. The permit process may require a route survey that includes the measurement of any overhead obstacles-bridges, overpasses, signs, utility lines, etc., along the proposed route. This will ensure that the load can travel safely. Or, it may demonstrate that an alternate route is required. While this may be a time-consuming process, it is far better, and less costly than the possible consequences of striking an overpass or overhead power lines.

Once the survey is complete, the permit may still require a pilot car with a height pole. The height pole is attached to the lead pilot car and extends upward several inches higher than the measured height of the load. Traveling two or three miles in advance of the load, if the height pole strikes an overhead obstacle, the haul can be stopped in time to avoid a damaging collision. The solution may be to move into another lane where there is more clearance, or it may require a detour around the low clearance.

Overheight loads require the same safety equipment as other oversize loads, including an "OVERSIZE LOAD" banner on the truck and any escort vehicles. Times of travel may also be restricted, either to daylight hours or to times to avoid periods of normally high traffic. The required permit will include the route description and any restrictions to travel times. You can check the regulations for: Oversize Load Flags, Lights, Signs, Banners, Holiday Restrictions and Running Times By State Here.

Planning and executing an overheight superload is both time consuming and expensive, but it still costs far less than taking a chance-and failing!