While oversize equipment is often also an overweight load, the two factors are considered separately in the world of oversize/heavy hauling.  Oversize refers strictly to the physical dimensions—width, height, and length—of the load. Heavy (or overweight) loads are determined by weight only.

There are many kinds of oversize loads, boats, structures, prestressed concrete, construction equipment or any other large item that can possibly be loaded on or transported by truck.

Generally, an oversize load, in most states, is any load that is more than 8.5 feet wide or 13.5 feet high (from the road surface to the highest point on the load. Note that some states consider any load wider than 8 feet, or taller than 12 feet as oversize loads. Maximum lengths vary by state. This illustrates the first important point—when planning to transport a large piece of construction equipment or any potentially oversized load, you need to know the maximum dimensions and weight rules for each state to determine if it is an oversize load. 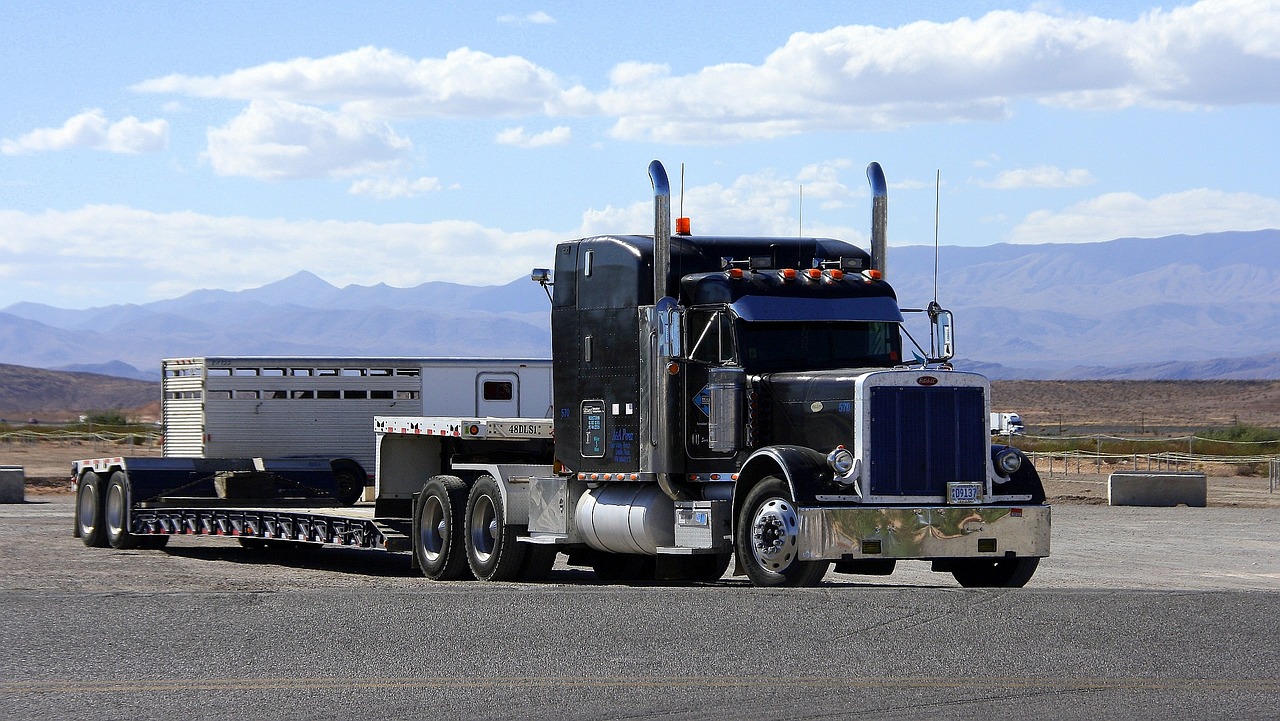 Superloads often require pre-trip route surveys to ensure that the vehicle and load will be able travel the desired route. This is especially true of overheight loads that could contact overhead roadway bridges or utility lines.  (For a quick reference for specific state oversize and overweight limits, our software will help you answer “When am I considered a superload?”)

As the size of the load increases, the pre-trip survey requirements increase, as well as the travel safety requirements (such as escort vehicles as well as days and times of travel), and, of course, the oversize fees.

At this point, it should be clear that hauling any overweight, oversize, or superload through several states is going to require advanced planning and obtaining all the essential permits and meeting all the travel requirements, e.g., time of day, escort vehicle requirement, and, of course, oversize signage and load-marking flags or lights (See: Sign, Flag, and Light requirements for oversize loads).

The challenge is loading a trailer so that the weight is evenly distributed so that no axle group exceeds its individual weight limit. The key for any truck operations is weight distribution. For example, it is possible to be less than total permissible vehicle weight, typically 80,000 lb., and still have an axle that exceeds the maximum permissible load of 24,000 pounds per axle, because the load distribution is not even. And, this a weight violation. When weight is not evenly distributed, there are several options: (1) reposition the load to evenly distribute the weight, (2) move the rear trailer axle to evenly carry the load, or (3) obtain an overweight permit to allow the axles to operate at the loaded weights. In the world of heavy hauling, the maximum axle weight, with a permit, is 44,000 pounds. The only real solution for superloads is to add axles and weight-distributing schemes to keep the per-axle load below the legal limit. Check out our axle weight calculator to learn about maximum permissible axle weight in different states.

Under ordinary circumstances, states would prefer to see oversize/overweight (over-dimension) loads divided between two or more trucks rather than to have to operate as oversize/overweight loads. However, many oversize loads cannot be broken down—that is, to take the load apart would, in effect, destroy the usefulness of the equipment at its destination. Loads like this are considered non-divisible loads. 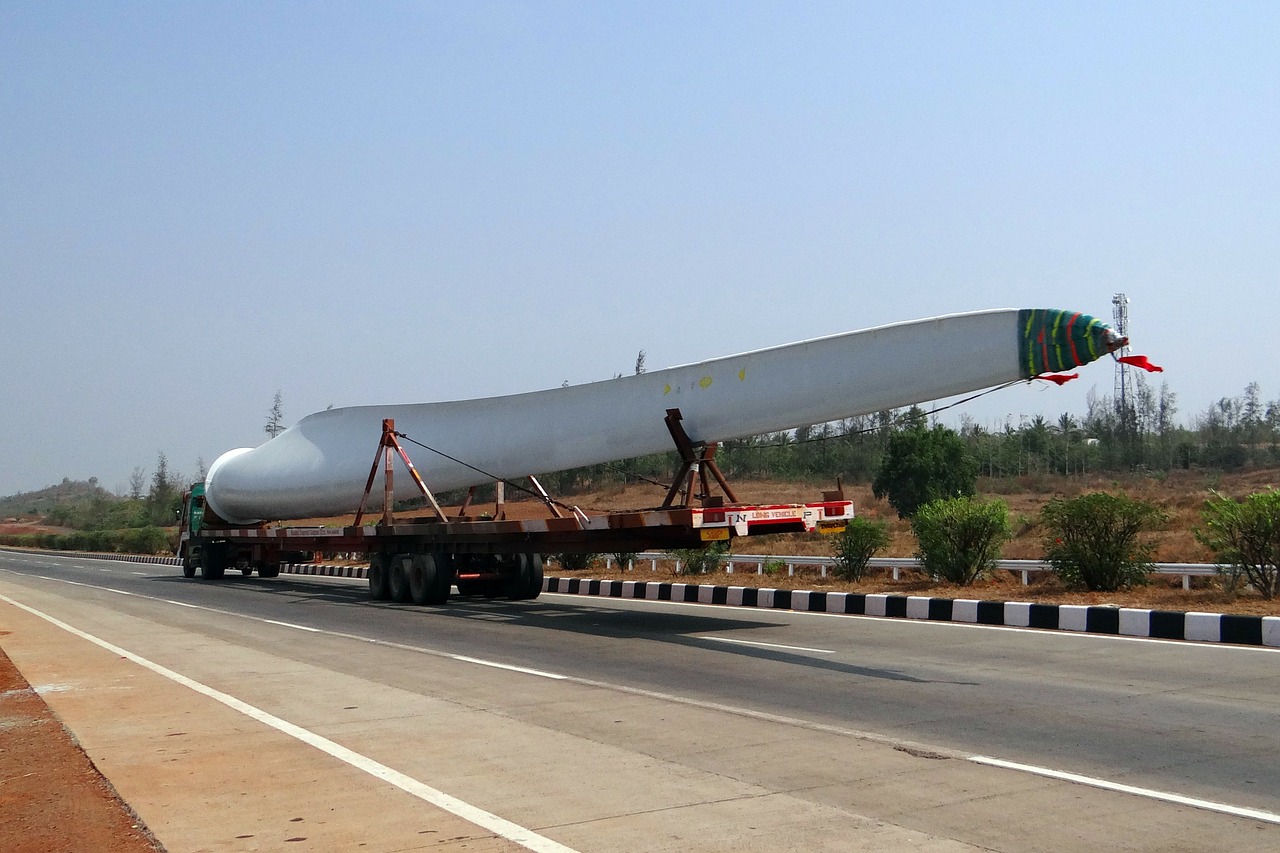 Superloads can become extreme, requiring multiple axels to distribute the weight so that no one axle exerts more than the maximum permissible weight on the road surface.  There are times when a non-divisible load is so large that it cannot travel on interstates or main arteries because the size, weight, and (slow) speed would adversely affect normal traffic flows. In these instances, lesser used routes must be planned, and the roads must be progressively closed as the load makes it way to its destination.

Obviously, such a load requires considerable planning and coordination: route surveys to find a suitable route, determining the necessary equipment to support the load and maintain axle weights, coordination with state and local police to assist in traffic management, deploying escort vehicles, possibly coordinating with utilities if overhead wires are involved, obtaining the necessary permits, etc. While the cost of this type of haul is expensive, clients understand that it is still the best, most cost effective way to deliver the oversize load to its destination.

Permitting of Oversize and Overweight Loads

As the oversize and/or overweight condition increases, the requirements, regulations, and fees increase. Operators must apply to each state or province through which the load will travel to obtain the necessary permits. Often, it is more efficient to use an agency that is familiar with state and provincial requirements and applications processes. For details of regulations relating to oversize loads by state go to Oversize Regulations.

Safety is a key consideration when loading and securing over-dimension equipment. Improper or inadequate securement can lead to damage to the equipment being transported, the transport vehicle, or other vehicles on the road, as well as possible injury to both the driver and others. Even if there is no accident, if authorities determine that securement is not adequate, the driver and the operator maybe be subject to fines and/or out-of-service vehicles.

Clearly, one of the first steps is to ensure that the hauling equipment is adequate for the load. This requires knowing both the dimensions and weight of the load and the total weight and weight capacity of the hauling vehicle. The combined weight will determine loading for proper weight distribution (weights on each axle group) as well as securement requirements. It is also important to ensure that the hauling equipment is in good condition and clean and free of loose debris such as rocks and gravel, loose hardware, etc. (This is important: loose items can fall off, causing damage or injury to other vehicles and operators on the highway.)

Additionally, placement of the restraints is important. The restraint system used should be able to withstand the following applied forces equal to the percent of cargo weight:

It is important to ensure that all structures and equipment that are part of the truck (not just the load) are also secure. A loose wrench, tire, tarpaulin, etc. can cause damage and possible injury to others on the road.

The Commercial Vehicle Safety Alliance (CVSA) conducts annual International Road Checks. During the three-day 2017 international road check of large trucks and buses, 23 percent of trucks were placed “out of service.” The most common violation was improper or inadequate load securement.  These checks also resulted in significant fines for both the driver and the company.  This also means that both the company’s and the driver’s Compliance, Safety and Accountability rating with the DOT went down.

The fact is that an inadequately or improperly secured load puts your company, your driver and other highway users in jeopardy. Shifting cargo can cause accidents that result in injury or death. If you are ticketed for inadequate securement of the load, your vehicle will be put out of service, your client’s load will be delayed, and the driver and company will have to pay significant fines.